Cipher is an rpg currently in development for MSX-2. It is created with the 1992 rpg-contruction tool Dante-2 by MSX-Magazine/Ascii corporation.
As you can see in the screenshots, the game is inspired by SD-Snatcher, Illusion City and other cyberpunk MSX-games.
After the menu's in Dante-2 got translated by Elvis Gallegos into English and the essential Dante-2 course by Dennis Lardenoye on Futuredisk diskmagazine, I started experimenting with this great tool. Since I had (and still have) only little knowledge of any MSX programming language, this was the chance for me to create a game on my own.
The rpg does not pretend to be the best rpg ever created on MSX, I only started making it for my own fun in the first place. A maybe even more important reason is to encourage people to have a look at Dante-2, since it is a great tool of which the possibilites are still relatively unknown to most MSX users.
To name a few of the many possibilities, you can create huge rpg's consisting of no less than 16 disks with 9 maps per disk scrolling in all directions, realtime battles and a big collection of possible animation patterns for your enemies or other npc's.
It would actually not be very hard to recreate a game like Ys in Dante-2. 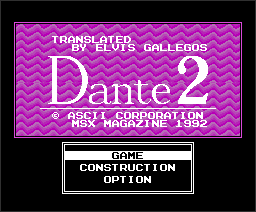 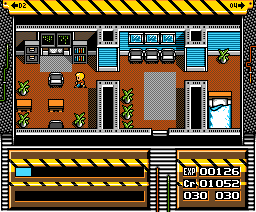 Home sweet home. This is the residence of the main character from where he starts his investigations. 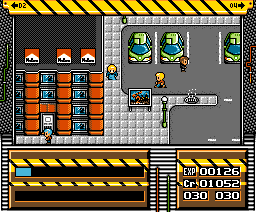 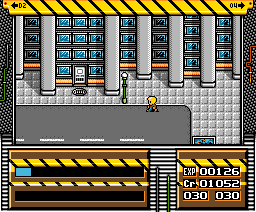 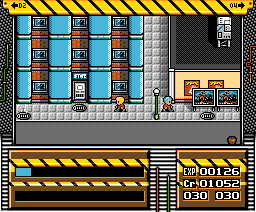 A man alone wandering through the big city. Where to go next? 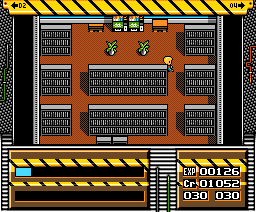 Looking for clues in the library. Information is the key in this rpg. 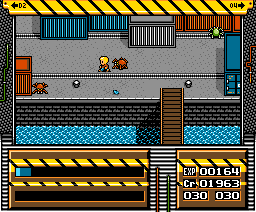 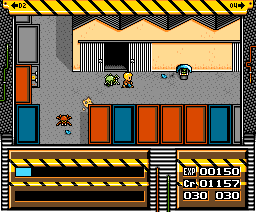 Investigations in the harbour. It's a maze of containers with lurching mecha-crabs around every corner... 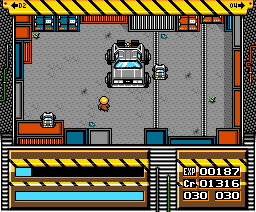 ... and finally deal with a huge flying vehicle! 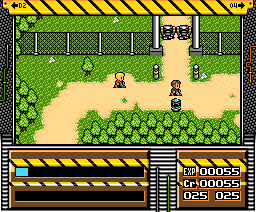 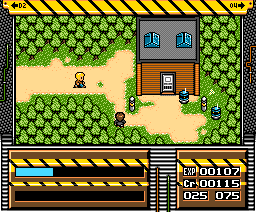 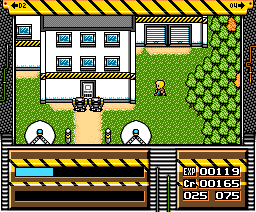 Finally out of the city for some rest... NOT! Deep in this forest there is a secret base.

Now, I hear you thinking, When will it be finished then? Although I do not have a deadline, I plan to finish it in 2005.
The details on where to get it are still to be resolved. Just check out this site for the latest news on Cipher.


Do not sent me any e-mail on where to get Dante-2, since I can't help you on that part.