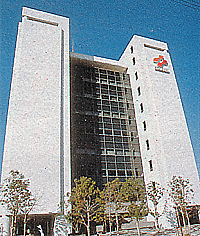 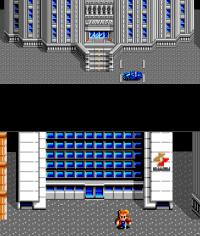 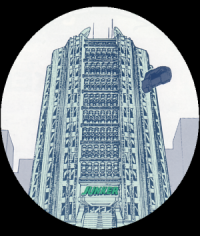 In Snatcher, the building where Junker has it's headquarters, is called the Konami Omni Building. I tried to translate some information from the manual, but my translation is probably not very accurate. I found the following:
The SD-Snatcher manual only mentions the alias Big Cone as being the name of the office building where Junker has it's cityurban headquarters on one of the floors. The building has 120 levels above the ground and 25 underground levels. It is 458 meters high. It is supported by the government and the other stories are used by private enterprises.